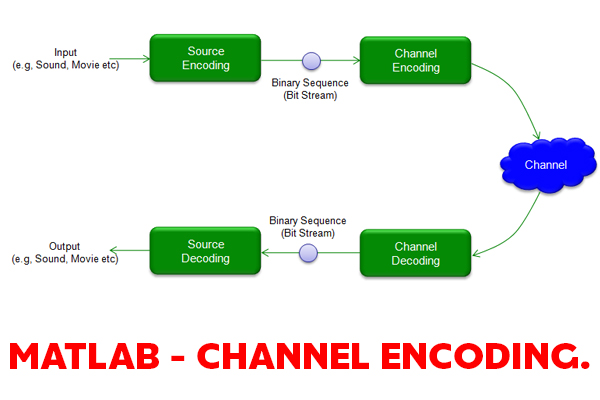 This part also is from Chapter 4.1.2 (SDR4Engineers)

In general, channel encoding operates as follows: Each vector of a source encoded output of length

is assigned a unique codeword such that the vector

is assigned a unique codeword

When designing a codebook for a channel encoder, it is necessary to quantitatively assess how well or how poorly the codewords will perform in a situation involving data corruption. Consequently, the Hamming distance is often used to determine the effectiveness of a set of codewords contained within a codebook by evaluating the relative difference between any two codewords. For example, suppose we have a codebook consisting of

. We can readily calculate the minimum Hamming distance to be equal to

which is the best possible result. On the other hand, a codebook consisting of

possesses a minimum Hamming distance of

which is relatively poor in comparison to the previous codebook example. (For more information, please google it 🙂 )

Code explanation: Let us apply repetition coding to an actual vector, using a range of repetition rates, and observe its impact when the binary vector is exposed to random bit-flips. The MATLAB script below takes the original binary vector bin_str and introduces controlled redundancy into it in the form of repeating these binary values by a factor of N. For example, instead of transmitting 010, applying a repetition coding scheme with a repetition factor of N = 3 would yield an output of 000111000. The reason this is important is that in the event a bit is flipped from a one to a zero or from a zero to a one, which is considered an error, the other repeated bits could be used to nullify the error at the receiver. 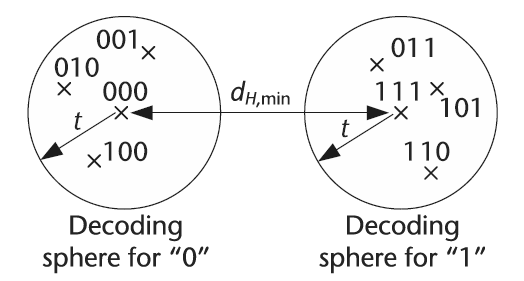 repetition code with no source encoding would look like: 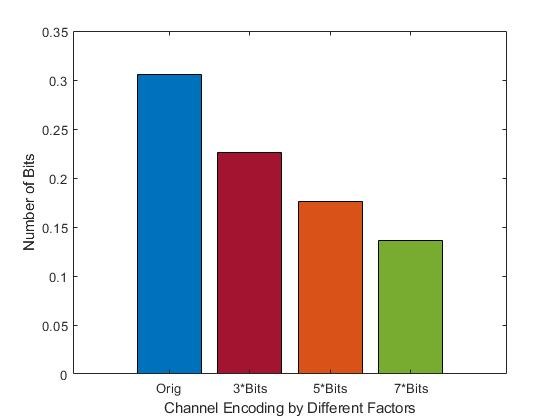